I know I'm terrible I havent been updating like I used to. I'm sorry!!! Alot has happened since I last updated, Rufflecon happened, new purchases has been made, I have some outfit posts I want to share, I cant wait to get started again everything will happen in due time. I appreciate the people that still come to read this your the best. I'm gonna do better for my readers even if there are only a few of you! Oh! And Happy New Year you guys!!!!
Posted by Unknown at 7:23 AM No comments:

Email ThisBlogThis!Share to TwitterShare to FacebookShare to Pinterest
Labels: 2017, Updates

Hey guys!!! I'm super super excited right now because at long last I finally got my Holy Lantern OP set! Angelic Pretty had a Made to Order for their most popular print and I actually went for it!! Shpping was slated for Early March 2016 but it didnt ship until last week to my shopping service and from there 2 days later its mine! The box was huge but it was mostly full of paper. 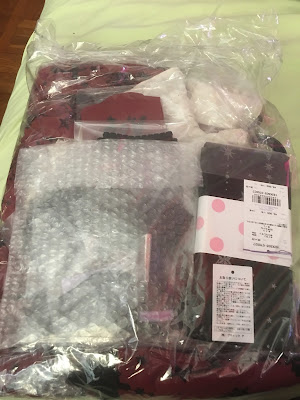 It came all packed together like this I got a full set I got the OP in wine, Tights in black, OTK's in wine and a black barette. I took separate pictures of each. 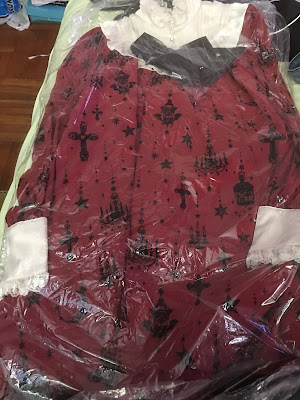 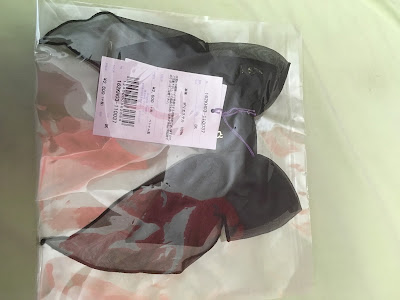 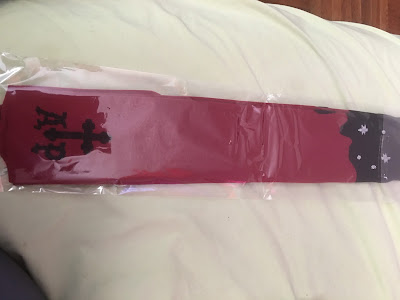 Otk's in wine, theres a very subtle design on its thats really cute 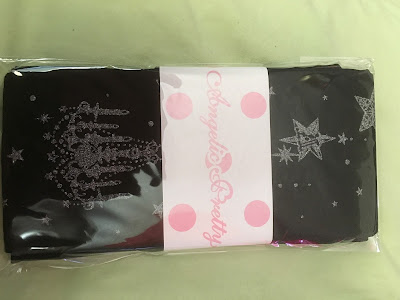 Tights in black with silver 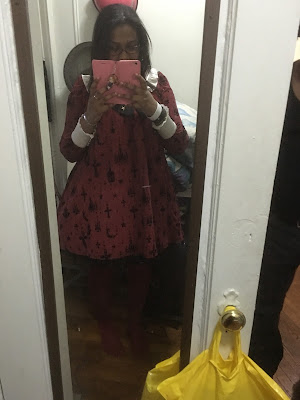 Its a crappy picture but I was took excited to care!!

This was my first time ever buying a release from Angelic Pretty and as stressful as it was I'm so happy I did I thought I would never own this dress and now I do and I'm so happy I could cry. If something that I absolutely need in my life comes out on AP I might do another release maaaaaaaybe lol but for now I'll stick to second hand sites.

Posted by Unknown at 1:19 PM No comments:

A new experience! So much determination!!

Sup guys!! I had a really cool experience this past weekend. I modeled in a fashion show!! It was Westchester fashion week this past weekend and I got to model in a small fashion show for a small indie designer for urban wear called Highly Humble. I had a very simple look but I'm not complaining it was a very good opportunity. I can honestly say I didn't put myself out there too much like I should've but it wasn't a very well organized even in my honest opinion. It was held in a bar. There was little to no audience mostly photographers, but even then there were more models then there was even photographers. But as a newbie I think its a start. The designer wants to work with me again and I'm very happy about that.  My look was very simple: 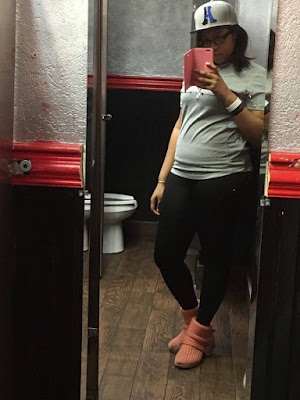 This was taken after the show and I already changed my shoes back into my Uggs. The top was cute there were spiked studs across the top and the back was meshed, also there were zippers on the side. I had to wear plain black leggings as a requirement, and I had to wear a matching snapback. Nothing crazy, simple and cute. I would honestly wear this to work if I was given the clothes afterwards.

It was alright as a first timer like myself it could've been better.  I was having moment of feeling like i don't belong there the whole time I was there but I had a lot of support from my friends cheering me on through facebook messenger since I didn't know I was allowed to bring a person with me for support. Next time I know.

Posted by Unknown at 4:10 PM No comments:

Sup peeps!! I know I'm very inconsistent with posting but I swear I didn't forget to update I just haven't had much to update on. But recently I was in my first fashion show for my good friends brand! That will be in a separate post with a bunch of pictures. Also I'm finally cosplaying again! I've only been doing Love Live cosplays right now but more will come that will also be in an upcoming post. And now that I have a new phone (iPhone life!!!) posting should come up a little more often let's hope it does. I miss sharing on here and I'm definitely going to keep up I need to set a schedule so I can keep updated
Posted by Unknown at 6:59 PM No comments:

Email ThisBlogThis!Share to TwitterShare to FacebookShare to Pinterest
Labels: Updates

Yet Another Taobao Review ^ w ^

Hey guys!!! I made another Taobao order!! (I'm weak don't judge me) I needed some winter clothes so I wanted to get a few sweaters and socks and what have you. Let me show you. 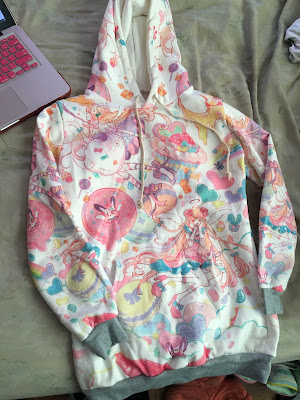 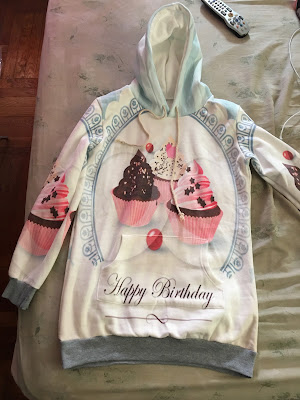 I got 2 sweaters that are pretty warm but they are tight, I have pretty big boobs and a relatively big head so getting in and out of these are a little difficult but once their on their pretty comfortable and warm the pocket in front is fragile though on the one with the 2 girls on it and macarons the pocket stitching came loose a bit not completely off but it did rip a little things can still be put in the pockets so its not a big loss. 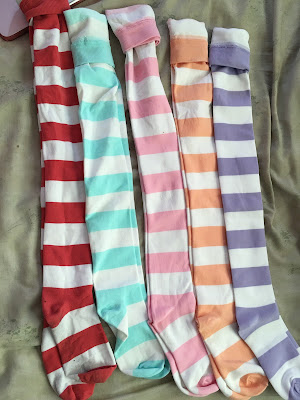 Of course I couldnt resist getting a bunch of new thigh highs! I was going to get all pastel colors but the blue was sold out sadly but its ok their all still really cute I do have large thigh so they do roll down because even though I did get a large size and they do stretch pretty far my thighs are really thick always note these things are made for asian thighs. But with little tweaking they stay up even with out my trusty sock glue so I can say I'm truly happy with this impulse buy. 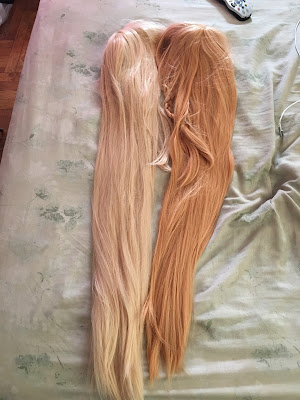 Last but not least I ordered 2 new wigs the darker one is actually a replacement Asuna Cosplay wig because mine was really old and had to go and the other was just a really pretty color that I couldnt resist its actually supposed to be Umaru hair from Himouto! Umaru-chan. I might cosplay her too because the anime is adorbs I love it and the hair color looks amazing on me. I have actually been using the lighter one on an almost daily basis I love it so much. I have yet to cut the bangs on both due to laziness. They are both 100cm. and the fibers are thick and soft and they don't tangle too much  since they are still new but beware of windy days and jumping around too much. I am happy with them nonetheless since I love having really long hair.

As always I used my regular shopping service taobaonow and as always they are a joy to work with. This is actually only half of my original taobao order, when the rest comes in you guys will know.
Posted by Unknown at 7:53 AM No comments: